This wonderful guest post comes to us from Shae Lynn Watt.

What do you do when the reality of your kids conflicts with your imagined version? We all know it’s important to meet our kids where they are, not where we want them to be, but it can be hard to remember in the moment.

A year ago, I had never thought of my son as an anxious child. He was sensitive, but he was also brave, focused, and enthusiastic. When we moved from California to Colorado in spring 2018, he seemed to handle it in stride. There was some stress, for sure, but he integrated into his new kindergarten class, spent hours playing with the neighbor kids, and patiently encouraged his baby brother to explore the new house. Then 4 days into first grade, he sat on the curb outside his new school, and refused to enter. Nothing was wrong, exactly, he just didn't want to go. His remarkable teacher joined him on the curb, and reported to me that he was a model student, academically on track, and making friends. She coaxed him into the classroom. 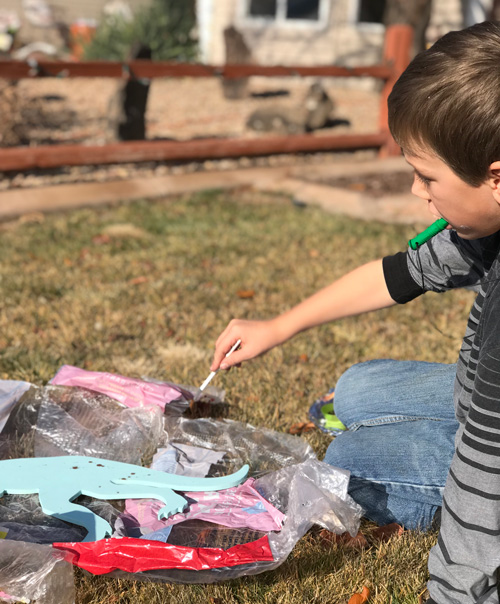 Things escalated from there. A tantrum when the pool was unexpectedly shut down. Waking me up at night because of a strange sound. And a biting/licking habit that left his shirt collars stretched and stiff at the end of the day.

Sometimes, his difficulties are out of my control. I cannot reopen the pool. But more and more parents have tools available to help support a struggling child. White noise fixed the sound issue (and kept him out of my bed, which was a boundary I wasn't interested in crossing). A  Bite Saber from ARK Therapeutic saved his shirt collars and gave him fortitude against the unexpected in the classroom. The Bite Saber became ubiquitous - it hangs around his neck or rests beside his bed. In the rare event that we forget it at school, he comes home exhausted and extra sensitive. I'm undoubtedly grateful for this tool in his life. 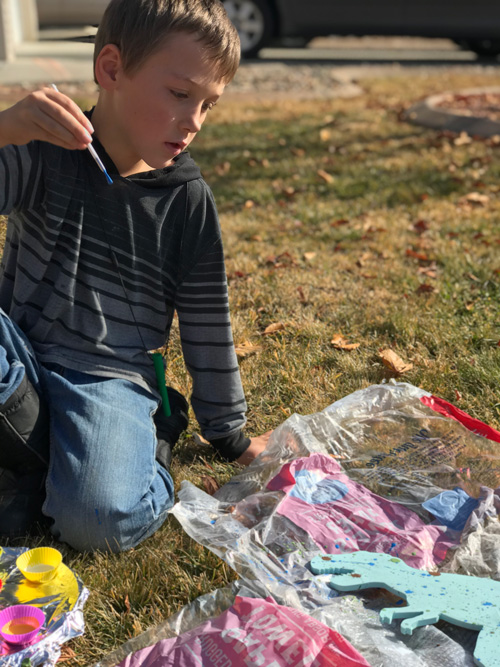 Despite all that we've been through over the past year, I am still sometimes surprised by the fact of his anxiety. Like most parents, I believe, he's my wonderful son first, and a kid with anxiety second. That's great, until it's time to memorialize this stage in his life. When he sat down to work on an art project gift for his brother, he immediately chomped down on his Bite Saber.

For the first picture above, I almost asked him to take it out. In my imagination, the image of him relishing a sunny day to thoughtfully paint a creative present for his brother didn’t come with the reminder that he’s in a real learning phase, where each step we take from the grip of anxiety is hard-earned ground.  But then I realized, I don’t want a photo of how I imagined it to be. I want a photo of how it is.  And I want to remember that he approached this project with an intense commitment to making something special for his brother... while learning to manage his anxiety. I want the picture to remind me that he has been anxious AND creative, anxious AND focused, anxious AND devoted to his role as big brother.

And beyond that, asking him to remove it might have reduced MY anxiety about how it would look in future photo albums, but it sure wouldn’t have done HIM any favors. And after 5 minutes of intense chewing, I watched him melt into this creative, breezy space, and drop it. Ironically, I then got the relaxed, joyful picture I’d imagined all along. And I’m keeping several, with and without, to remind me that we are both better off if I meet him where he’s at.

Shae Lynn is the mother to two boys - 7 and 2, both of whom enjoy their ARK Therapeutic products (a Bite Saber for the first grader, and a Z-Vibe to stimulate oral-motor skills for the toddler). She writes gentle, intentional stories with messages of resilience, persistence, compassion, courage, and growth for parents to read and talk about with their elementary-school-age children at www.mynorthstarstories.com. You can find her on instagram as @happyhealthyfrugalmom. 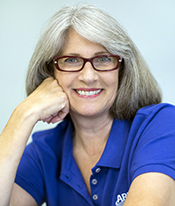